And, yes, I DO take it personally Mandy: Great blog!
Mark: Thanks to all the contributors on this blog. When I want to get information on the events that really matter, I come here.
Penny: I'm glad I found your blog (from a comment on Think Progress), it's comprehensive and very insightful.
Eric: Nice site....I enjoyed it and will be back.
nora kelly: I enjoy your site. Keep it up! I particularly like your insights on Latin America.
Alison: Loquacious as ever with a touch of elegance -- & right on target as usual!

And, yes, I DO take it personally

Yes, I'm back, at least for today... Who knows about tomorrow...

Most of this has already been said by people far more intelligent and witty than I am but,nonetheless, I need to get it off my chest.

Entirely random, right off the top of my head...


There's more but it will have to wait for another day.

Yes, there's something terribly wrong and it's much deeper than easy access to guns

at least once a day, i read something that gets my blood boiling and i often think, gee, maybe i ought to post that on the blog... yeah, right... i don't seem to be getting very far on that one...

well, today, when i read the latest horribly superficial and denial-ridden analysis of the latest in the never-ending parade of mass-slaughter incidents in my country, i simply couldn't let it go unchallenged... and, yep, you guessed it, almost the entire focus was on easy access to guns...

summing up steven rosenfeld via alternet...


well, yes, i don't think there's any doubt about that but where, ferchrissake, is the discussion of where all that damn violence is coming from...? but, ya know, that's not all such hard a question to answer... all it takes is opening your eyes and looking around...

in the u.s., violence permeates the very air we breathe... it's in the movies, in sports, on television, seeded all through popular music, is the theme for countless widely played video games, on and on... the look, the feel, the attitude of barely suppressed violence struts around our streets with shaved heads, tattoos, piercings, male and female, in the malls, in the bars, and, yes, even on the playground... and i don't need to go into all the details of where and how violence manifests itself because it's visible everywhere...

i go to the gym several times a week as i'm sure some of you do too... general gym protocol seems to require loud rock music playing in the background... i'm not anti rock music to be sure but i'm appalled at how much of it involves anger, yelling, screaming, and implied if not outright violence... in-your-face aggression is more often than not the norm...

then there's the utter militarization of our society... fighting in endless wars, local police departments equipped like special operations hit squads, "support our troops" stickers, themes, and celebrations everywhere, assassinations by drone, u.s. military support to some of the most repressive and violent regimes on the planet...

in short, anyone who thinks that gun controls will fix anything is sadly mistaken and is only confusing the symptom with the cause... we have a very, very sick society, my friends, and, if denial about anything needs to be faced, it is that...

AT&T, the NSA and Mark Klein

yes, AT&T and the NSA have been all over the news lately and our ever reliable news media are treating it like it's a revelation... well, guess what, folks... mark klein was the whistle-blower who broke this ugly mess of a story all the way back in - wait for it - 2007, and i started blogging about it almost immediately... now, here we are, almost eight friggin' years later... is it that nobody listens anymore or that folks just don't give a shit...? 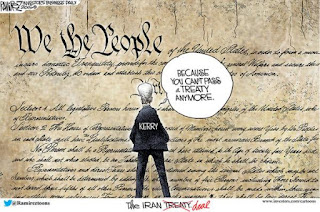 as much as i love what's coming out of bernie sanders' mouth and as much as i would like to disagree with chris hedges' assessment, i can't muster an argument against hedges' sad take...

I intend to devote no more time to the upcoming presidential elections than walking to my local polling station on Election Day, voting for a third-party candidate, most likely the Green Party candidate, and going home. Any further energy invested in these elections, including championing Bernie Sanders’ ill-advised decision to validate the Democratic Party by becoming one of its presidential candidates, is a waste of time.

Every action we take now must be directed at ripping down the structures of the corporate state. This means refusing to co-operate. It means joining or building radical mass movements. It means carrying out sustained acts of civil disobedience, as Kayactivists are doing in Seattle and fishing communities such as Kodiak, Cordova and Homer, as well as a dozen indigenous tribes, are doing in Alaska, to physically halt fracking, drilling for oil and natural gas or U.S. Navy training exercises in the pristine waters of the Arctic. It means striking for a $15 minimum wage. It means blocking city streets to demand an end to the indiscriminate use of lethal force by militarized police, especially against poor people of color. It means, in large and small ways, acts of open rebellion. It means always having as the primary objective the disrupting and overthrowing of corporate power. It means not playing the game.

The corporate state seeks to get us to participate in the political charade of choreographed elections. It seeks to make us play by its rules. Our corporate media, flush with the dollars from political advertising, fills the airwaves with the ridiculous and the trivial. Candidates, pollsters, political strategists, pundits and celebrity journalists provide endless loops of banal and absurd “political” chatter, all of it a grotesque form of anti-politics. We will be bombarded with this propaganda, largely centered on the manufactured personalities of candidates, for many months. Tune it out. It means nothing.

The voices of those who matter will not be heard in these elections. The marginalized and poor in our internal colonies, the 2.3 million people in our prisons and their families, the Muslims we persecute here and in the Middle East, and the suffering of the working poor are airbrushed out of the discussion. In this Potemkin America there is only a middle class. Our liberties, including our right to privacy, along with the consent of the governed—all of which have been taken from us—are held up in this electioneering farce as sacred and inviolate. We are assured that we live in a functioning democracy. We are promised that our voice will count. And even Sanders will tell you no different. If he stepped forward and spoke the truth, especially about the Democratic Party, he would be banned from the debates, vilified and crushed by the Democratic establishment, stripped of his Senate committee chairmanships and tossed into the political wilderness to which Ralph Nader has been exiled. Sanders, unfortunately, lacks Nader’s moral fortitude. He will, when it is all done, push his followers into the vampire-like embrace of Hillary Clinton. He is a Pied Piper leading a line of children or rats—take your pick—into political oblivion.

once again, i bow to yves smith, naked capitalism and, in this particular case, the wisdom of reprinting an incredibly astute post from gaius publius, reviewing gary hart's The Republic of Conscience, which contains this thoroughly delightful suggestion... 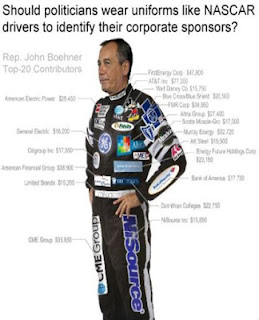 
Bernie Sanders will never be president. But unless Clinton changes her strategy—and soon—he can still wind up toppling her.
(emphasis added)

you can almost smell the big take-down a'comin'... somebody's going to dump something out there to try to destroy bernie's candidacy or bernie himself is going to trip up somehow... gay-ron-teed...

let's say bernie does get elected... what we ought to be talking about is, if that happens, how can we, as an electorate and as a nation, keep bernie from being totally co-opted by the ptb... the last thing we want is to see another "hope and change" debacle... we also desperately need to remember that electing a president isn't the same thing as awaiting the savior and the second coming...

Totally in your face manipulation by bought-and-paid-for U.S. corporate media

they don't even make any pretense of reporting news any more... it's all about telling you how to think because, god forbid, you should do any thinking on your own...

the new york times, our "paper of record"...

Why Bernie Sanders Momentum is Not Built to Last

Bernie Sanders still going strong, but for how long?

you don't have to read either article... all you have to do is glance at the headlines and walk away with seeds of doubt implanted because that's the entire intent...

here's one i downloaded a few weeks ago during a lovely trip to scotland... 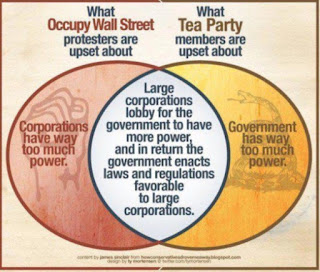 ain't it interesting how occupy and the tea party were manipulated to hate each other...?

We need real heroes, not the kind that are all guns and testosterone 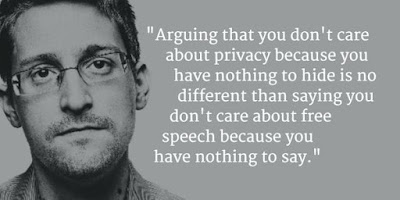 in what can only be described as an outstanding feat, snowden has kept his credibility intact from day one... we desperately need hundreds more like him...

My view of Hillary and the way, WAY too early 2016 presidential race

yes, by all means, let's focus on the theatrics of an empty and meaningless four-year ritual so the elites can say that the "people" have spoken... pay no attention to the billions of dollars flowing into the media coffers over the next eighteen months... 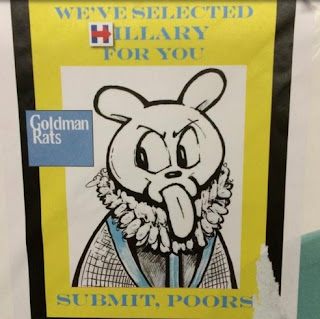 This isn't news, it's unvarnished opinion, and half-assed opinion at that...

this isn't a news story... it's pure, unadulterated manipulation and the so-called "journalist" who wrote it should be banned from news media for life... the title and the lead are both dripping with innuendo and condescension so thick it could be used as window caulk...

Sites I visit the most:

A variety of other good resources: (This is a small sample, believe me.)
Strictly local: Not everybody's music: Somewhere, the sun is shining: My (semi-)literary blogzine: Friends in the UK:

My irreverent take on the top ranks of those who claim to be leading this country
Yes, there's something terribly wrong and it's much deeper than easy access to guns
AT&T, the NSA and Mark Klein
Kerry, Iran, Sheeple
Chris Hedges targets my deepest primal fear about Bernie Sanders and the 2016 election
Sponsor uniforms for Congresscritters
Oh, yeah, let's continue to try to completely bury Bernie's chances
Totally in your face manipulation by bought-and-paid-for U.S. corporate media
Yeah, I'm behind, yet again...
We need real heroes, not the kind that are all guns and testosterone
My view of Hillary and the way, WAY too early 2016 presidential race
This isn't news, it's unvarnished opinion, and half-assed opinion at that...

This work is licensed under a Creative Commons License.